This PPE Career Seminar will discuss how to use your training in the PPE disciplines – Philosophy, Politics, and Economics – working for the State Department. Guest speaker Kimberly Everett, a former PPE student and now a member of the Foreign Service, will talk briefly about her trajectory and experiences and will be happy to answer any questions.

The information session is directed at students in the undergraduate PPE program but is free and open to all Mason students. Pizza and soft drinks will be provided to all who RSVP using the form on this page. 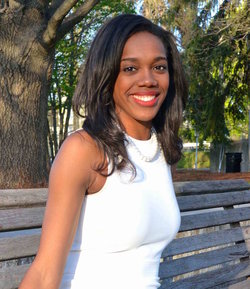 About the speaker. Originally from Alabama, Kimberly Everett was recently sworn into the Foreign Service as a member of the 178th A-100 Generalists class. She is a recent graduate of the Harvard Kennedy School of Government where she earned a Masters of Public Policy with a concentration in International and Global Affairs. Prior to joining the Foreign Service as a Political Officer, Kimberly studied abroad for a year in China as a Boren Scholar, first in Shanghai and later in Beijing, during her junior year of college. She joined the Foreign Service as a Pickering Fellow and looks forward to the start of her first tour as a Consular Officer in Beijing, China beginning in the summer of 2015. As a Pickering Fellow, Kimberly has interned in the Economic Bureau in the Office of Commercial and Business Affairs as well as the Economic, Management, and Public Diplomacy sections of Embassy Kuwait. While an undergraduate at the University of Alabama at Birmingham, Kimberly pursed a degree in economics and a minor in Chinese. She is also a 2011 Truman Scholar representing the great state of Alabama. She maintains an interest in U.S.–China relations and looks forward to supporting U.S. diplomatic goals in that arena. Outside of language class, Kimberly enjoys yoga, cooking, and Jazz music. She welcomes questions about learning Chinese, joining the Foreign Service, and applying for the Pickering and Rangel Fellowships through the Department of State.

About the PPE Program. The undergraduate Philosophy, Politics, and Economics (PPE) Program at George Mason University allows students to pursue topics in the intersection of philosophy, political science, and economics. Students in the program work with faculty in the Departments of Philosophy, Public and International Affairs, and Economics. Many of these faculty are internationally recognized authorities on topics in the intersection of philosophy, politics and economics.

Sponsored by the undergraduate Philosophy, Politics, and Economics (PPE) Program.